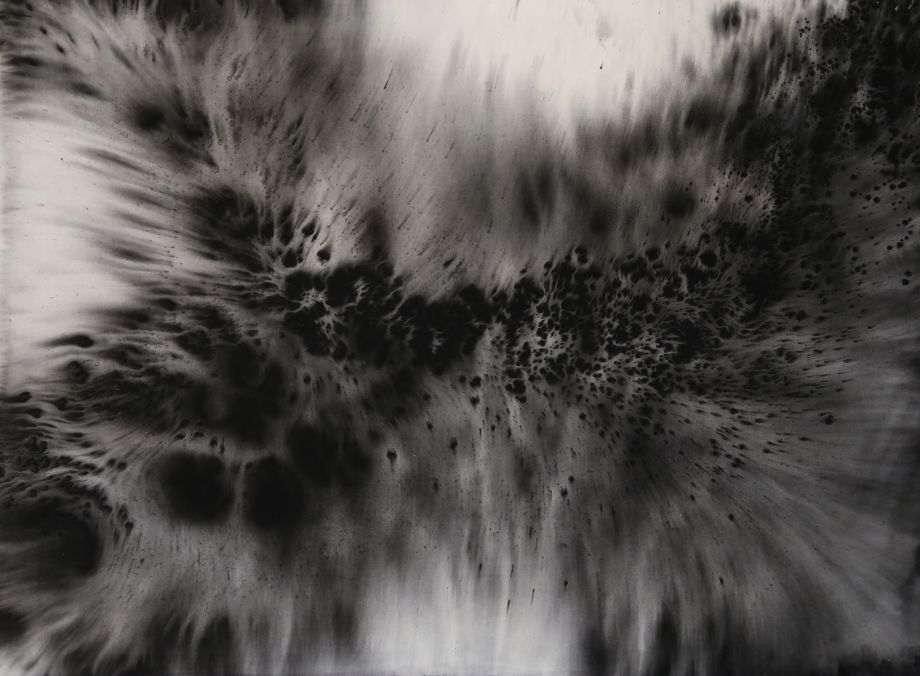 It appears that Julia Bornefeld's pictures and objects stay in the realm of uncertainty. In many cases the viewer cannot even be sure of having identified the subject "correctly". Between picture – my concept of the picture also including the objects – and viewer there seems to exist a sort of uncertainty relation. In reality, though, we are not talking of a blurred perception here, meaning the subject of the artwork could be made out only indistinctly, but of an assertive perception, that is not tied to a recognition of subjects. (...) The impossibility of identifying the subjects depicted does not mean they remain unclear. They generate the "sharpness" of a visionary perception, much rather,  that is very much in contrast to a mere identification of reality.